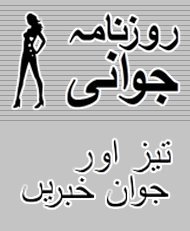 We have a beautiful culture in our country, a fantastic blend of influences taken from Western+Arab conservationism, our own heritage and the conflicts we are facing every day, on every corner. The collision of East vs West, Islam vs Rest of the World, Rest of The World vs. Pakistani Terror Imports, Our own Lack of Identity and the crazy-crazy desire to have a nationalist-patriotic ideology to stand upon.

These conflicts are often reflected in our discussions, no Pakistanis can talk without facing conflicts or confusions. For example, two friends might agree upon killing Qadiyanis, but they might disagree whether or not the state should do it, or it is the job of the believers. Two liberals may agree upon dangers of the blasphemy law, but they could have two opposite views on whether it should be “totally removed” or “partially improved”.

The so called Pakistani moderates are the most confused among all people. They have no idea what their own views are. They just want to live peacefully and try their best not to have an opinion. If they are forced to choose one they would choose the one that is the most popular among the crowd they are with.

If the nations were described as food, I would say that we are the Special Mix Chaat with countless spices. Some find us sour, some find us sweet. We might look excitingly dangerous to some….and for others we are hot enough to burn their intestines.