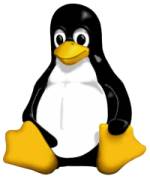 What Penguin has to do with Linux?

It is the official Linux logo, distributed as part of the Kernel. The concept of the Linux mascot being a penguin came from Linus Torvalds, the creator of the Linux kernel. The penguin was designed by Larry Ewing in 1996. It is a chubby penguin sitting stuffed and satisfied with a smile on his face.

Who is Tux is he different from the official Linux Penguin?

No actually Tux is the name of official Linux penguin.

Why he is called Tux?

We do not know why he is called Tux but it is sometimes claimed that the name was derived from Torvalds UniX, a name suggested by James Hughes, rather than the explanation that penguins look vaguely as if they are wearing a tuxedo.